Window tint comes in handy whether we need protection from UV rays, glare, or unwanted attention. Like most things, however, it too has an expiration date.

Over time, old tint will start to exhibit bubbles due to failing adhesive or discolouration due to the breakdown of non-metallic dyes that protect from UV rays. Either way, once the tint film has lost its properties, it’s time to replace it.

Here’s how to do it without making a mess of it or damaging your car windows.

Using heat is the most professional and least messy way to remove window tint and the adhesive that remains behind it. There are a few different ways to utilize heat for window tint removal.

Steam is by far the most effective way of removing window tint. All you need is a fabric steamer you can buy at most department stores and an adhesive remover.

Start by steaming the entire surface of the window for a couple of minutes to let the glue separate itself from it. Use a sharp blade (razor-blade works best) to separate the edge of the film and proceed to steam the area you’ll be removing first. Slowly work your way across the window towards the opposite edge until all of the film has been peeled.

The tint film will leave behind some glue, but the longer you steam it and the slower you separate it, the less glue will remain on the glass.

To remove the leftover adhesive, use isopropyl alcohol mixed with water in a 1:4 ratio. Simply spray it on the glass using a spray bottle and let it sit for a while.

Lastly, remove the adhesive with a sharp blade and clean the window using a towel.

Similar to using a steamer, one can also remove window tint by using a common hairdryer or, even better, a heat gun.

The process is largely similar to the previous one as you’ll want to pre-heat the edge of the window from which you’ll start. Depending on how strong your hairdryer is, you can start peeling off the film after 30 seconds or more.

Make an incision in the corner and work your way across the window.

Since the hairdryer or heat gun will melt the glue, things might get a little bit messy. Use a towel to wipe it off and watch out for drips. If the residue is persistent, apply more heat.

Ammonia is the most complex and time-consuming of heat methods, but still a viable option. You’re going to need ammonia in a spray bottle, soapy water, a garbage bag, something to cover the interior of your vehicle, and most importantly, a sunny day.

Spray the outside of the window with soapy water and cover it with a plastic garbage bag cut in the shape of your window. Cover the upholstery with something (a tarp will do nicely), spray the interior of the glass with ammonia, and cover it with another piece of plastic.

Note that ammonia vapours are toxic and unpleasant, so make sure that you’re working in a ventilated area. Let the window film covered by the plastic bags sit in the sun for at least 20 minutes depending on the temperature.

Remove the plastic bags, cut the corner of the window film, and scrape it off from the window’s surface. Remove the remaining residue by choosing one of the methods described in the following segments.

These aren’t the most efficient of ways to peel off the tint, but one of them might be required to supplement the heat method of your choice.

Exercise caution when peeling the tint with a knife or razor as you don’t want to scratch yourself or the glass.

Removing the window film tint with soap and a sharp knife, razor-blade, or even an ice scraper is a physically demanding and time-consuming job.

You’ll first need to remove all the tint from the glass with your hands. Be prepared for some back-and-forth here since the tint likely won’t come off in one go.

Once it’s finally been removed, spray the glass with soapy water and peel the remainder of the residue from the windows using a sharp object of your choosing.

This is another viable method for removing the film and cleaning your car windows. You’ll need old newspapers, but the remainder of the process is largely similar to the previous method.

Mix dish soap with water and apply it to the window. Cover the surface with the old newspaper and let it sit for an hour. Keep the surface soaked in the meantime.

After a while, peel off both the newspaper and film tint using long strokes of a blade. If it doesn’t go all at once, repeat the process.

As you’ve probably gathered by now, no matter which of the methods you decide to go with, some residue is bound to remain on the glass.

In order to remove it, you’ll need one of the proven solvents.

When applying the finishing touches to your car, use only soft fabrics like microfibre, cotton towels, paper towels, etc. Don’t use steel wool or similar products as they’ll only scratch your windows.

Medical grade alcohol will dissolve window tint glue, but the drinking kind won’t do the trick.

Yes, the universal WD-40 will do just fine as a cleaning agent, but a dedicated cleaner will probably do a better job.

Acetone, like any other alcohol-based solvent, works like a charm when it comes to removing glue residue from your car’s windows. It also doubles up as a competent glass cleaner. Note that it’ll only remove the leftover glue and not the tint itself. 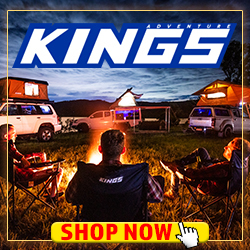 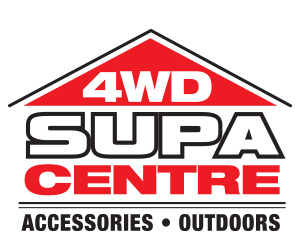